Are you ready to jump into elearning? WE ARE! At our local high school, we have begun building a self paced online learning environment.

As mentioned previously, we are using Edu 2.0 as our LMS platform. Where are we receiving direction? I’m glad you asked! If you have ever thought of jumping into elearning, below are some must have resources. Best of all, they are FREE.

Why are we traveling this adventure?  OUR STUDENTS;)  Even though we are currently running a “rough pilot” of what we will officially begin next year, there have been numerous successes.  In fact my next post will be on just that…student success! 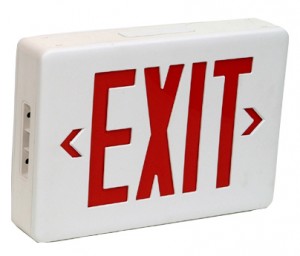 Have you been called to a meeting just to learn of a new project so vast it will take years to complete? In the back of your mind, you know a quick exit is in order, but you stay. Why? You know kids will be reached. You see the big picture. Most importantly, your brain has already etched pictures of students needing this opportunity.

What is the project? A self paced eLearning opportunity for students.  Before you start to chuckle to your self, yes, I realize the astronomical amount of work ahead.  Unfortunately, so do my two colleagues also called to the meeting and they both have one foot out the door.  I too was standing on the threshold needing to get a better grasp of the project and more importantly make sure we are on the same page with administration.

Our principal’s directions were pretty broad which gave us lots of room for “out of the box” thinking and creating.  Basically, she wanted a self paced academy for students at risk of dropping out. Seat time has been waived by the state of Louisiana, student schedules would be flexible, and a strong career component was needed. Oh, and she wanted it to begin in a little over a month with a few students. 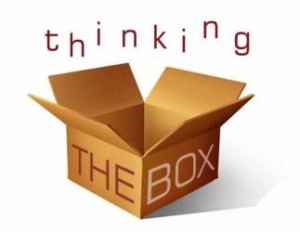 My colleagues (and friends), Caroline Croad and Ashley Hooter, and myself began to brainstorm over the next few days to discover how this would look for our students.  This was followed by general research to present back to administration to ensure we are all on the same page prior to moving forward.

What was our general rough sketch?

We didn’t take a quick exit.  In fact, we are pretty excited about the possibilities.  This gives you only a brief look into our project, but we will update regularly.

Do you have any tips or ideas? We would love to hear them!

My addiction to High School Reform began many years ago when my then principal, Mr. Morris Busby, purchased the SRN study kit. Nowadays you can find thousands of resources focused on High School Reform from around the world. But most include at least one of the following:

My first large scale high school reform project was the creation of a Freshman Academy which was the vision of my current principal. After a field trip to Zachary Freshman Academy, a group of us knew this was for our school.  We started planning immediately, literally on the car ride back home.  Several months of planning passed including data analysis, research, and too many meetings to count. Though some key planned elements weren’t able to be integrated, the first two years were filled with success:

My key involvement ended at this time.  Unfortunately numerous elements changed school-wide and items were still not integrated during the third year, and we were back to where we started data wise (actually worse). Three constants still remain dedicated teachers, 1:1 technology integration, and the belief that a fully integrated academy would work. Hopefully when our first Freshman Academy students graduated next year, we will be able to revisit the original plan and  fully implement. The proof is in the numbers;)

What does the Freshman Academy need? Honestly just some of the basic components:  location back on their own wing, class size around 22, scheduling where core teachers share same students (two “teams”), and HEAT, Help Eliminate Academic Tardies (for students not completing work).

So how am I currently feeding my reform addiction?  Well, I’m a computer education teacher.  If you were currently looking for a US public high school without internet access, it might be a case for Sherlock Holmes. Yet in 1994 only 35 percent of all public school had internet access.  Likewise elearning is starting to become a staple in higher education facilities. How long before the same is true in high schools around the world?

Well, that time is now for Minden High School. We are currently creating an online academy.  It is set up as a “school within a school” so we never plan to enroll over around 200, but are starting slow with ten students. Stay turn for a walk through on this experience!  Do you have any experience with elearning? If so, what tips do you have? 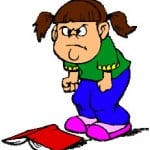 Most parents find themselves at some point wondering, “Why don’t kids come with an instruction manual?” Isn’t the same true in the classroom.  Imagine knowing before the school year starts:  If you need something addressed immediately,  you need to call Billy’s grandfather.  Sara is having a difficult time since the passing of her grandmother, and John will harass her about it.  Jackie loves to draw so if she gets behind offer a class contract for 5 minutes of art at the end of class once her grades are up to a C.

One of the key components of high school reform is relationships.  By adding relationships through the personalization of the high school experience, not only will you decrease dropout, increase attendance, and increase successful course completion, you will also build a positive environment for student, teachers, and parents focused on success of students in real life.

How do you personalize high school?  Create small school setting such as a Freshman Academy (school within school).  Incorporate Advisory programs where teacher keep the same kids until graduation giving them the opportunity to truly build a relationship with that group of kids.  Listen to the students and offer avenue for school involvement such as adding clubs or additional courses.  Of course the listen can go on and on.

The 2009 – 2010 school year embarks our “official” third year of High School Reform focused on Relationships – Relevance – Rigor. There is a common thread that runs through each conference, study tour, research avenues, speakers, and professional developments.  That common thread is to begin with relationships; It is the building block for all other reform.

Summer 2006 was our jump-start toward high school reform.  A group of thirteen of us traveled to the Model Schools Conference in Washington DC.  We had received a grant that suggested traveling to this conference using grant funds.  At first we were just going to send a small group and spend remaining funds elsewhere, but then we talked with another school who had attended the conference the summer prior.  We set out to take as many as possible and hoped to as much out of it as they did.

Did they give us an educational instruction manual? No, there will never be a one-size-fits-all magic potion that will transform every school.  But it did open our eyes to hundreds of successful practices around the nation and the common thread, relationships.  Of course not all high school reform “officially” falls under the 3R’s of Rigor, Relevance, and Relationships.  But after several years of researching high school reform (even prior to summer 2006), it is easy to see that most any school reform can be sorted into these three categories, and the most successful practices are built first on relationships.  These relationships are not just teacher and student.  It is for everyone involved in education:  administration, teacher, students, parents, staff, community.

How have we started to build relationships at our school?

We are continuing to “tweak” our reform efforts, but have already had great success which is easily documented in our school data including dropout, referrals, attendance, and pass rates.  Though a lot of our focus has been building relationships, we have also targeted rigor and relevance.  For the 2009 – 2010 school year we are bridging the gap between us and our feeder schools as well as increasing rigor and relevance through project based learning.

Though there will never be a “fit-all” manual, we can build our own manual specific for our school.  What practices have had success outcomes for your school?

Welcome to your brand new blog!

This is a sidebar and can be changed in Widgets in your dashboard.

You can also modify number of sidebars in theme options!

Welcome to Tidertechie! My name is Mrs. D a computer education teacher with a passion for integrating technology into the classroom. ...read more


View my page on Classroom 2.0


View my page on ISTE Community